Project trip to Nuremberg of the 11th and 12th grade

The 11th and 12th grade pupils were faced with a truly mammoth task when they set off on a five-day project trip to Nuremberg on September 21st: While one half turned to the ideas and possibilities of learning in the future by visiting STAEDTLER, the other half focused on the past.

Nuremberg is considered to be the German city that has dealt most intensively with its National Socialist past. As the spot of Nazi party congresses, propaganda marches and finally the Nuremberg trials of Nazi criminals, Nuremberg is facing up to its legacy as a walk-in museum, at the latest with the opening of the Reichsparteitagsgelände.

The centre, which opened in 2001 and is embedded in the Nuremberg Museum Association, has its exhibition rooms in the north wing of the National Socialist-designed but unfinished congress hall of the former Reichsparteitagsgelände. The visit of the 11th and 12th grade on the occasion of the project topic "Causes, connections and consequences of the National Socialist tyranny" therefore fitted only logically into the principle of a democratic culture of memory.

The congress hall is now designed as a walk-in exhibit.The students were not only able to walk around the complex inside and out, but also to experience how the National Socialists deliberately used architecture to demonstrate power; and how the massiveness of the complex was "disturbed" but not alienated in the sense of monument conservation and preservation. Authentic places of learning are becoming increasingly important as witnesses of the past, the fewer contemporary witnesses there are to report. It is therefore all the more important to preserve them for future generations.

Shaping a sustainable future for them was at the centre of the tasks which the pupils set themselves together with the experts from STAEDTLER.

Experts of sustainability management and digitisation familiarised 14 pupils with STAEDTLER's product range. It's amazing how much effort has to be put into making a pen available in a shop's assortment. In order to keep this effort as low as possible, the pupils were given the task of developing a sustainable production concept. Using different methods and working in small groups, the first solutions were soon found, which led to more and more forward-looking ideas.

When asked what learning could look like in the future, the participants agreed in any case: digital. This led to initial reflections on how learning content could be made even easier to obtain and understand in the future. All projects were finally presented in a team presentation, in which the students are already professionals due to the Corona time.

After an extensive breakfast together on Friday morning, everyone went back to Berlin. They received many impressions, new knowledge and views on the contemporary history of National Socialism as well as the experience of being able to "advise" a company on its product range and production processes, perhaps paving a new path into the future. 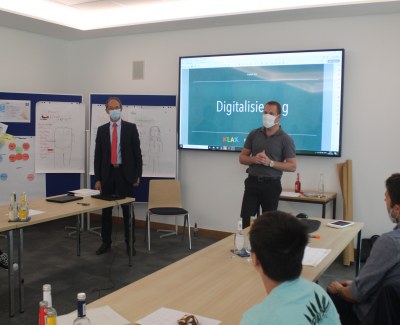 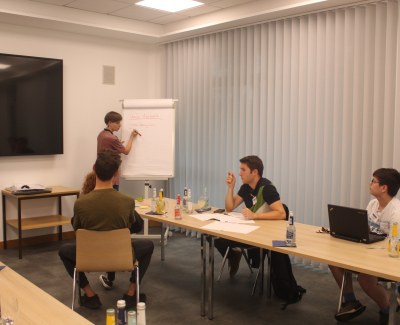 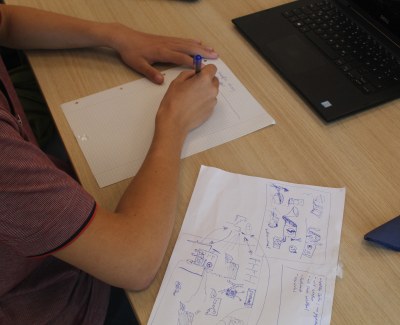 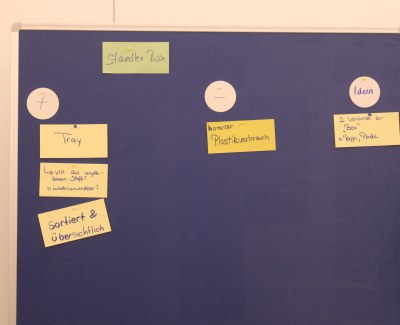 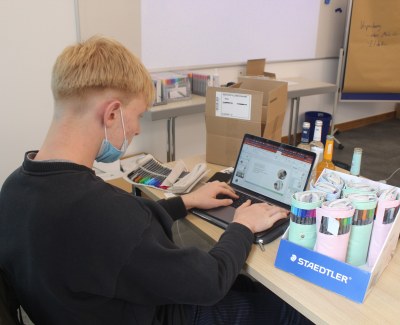 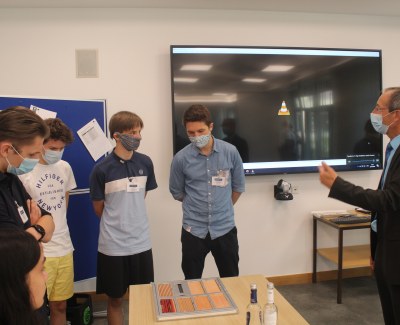 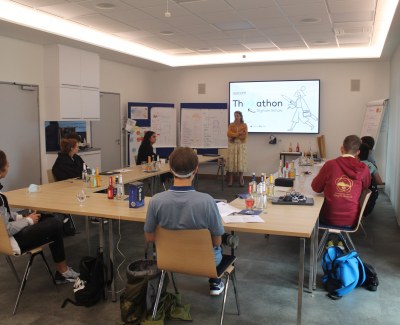 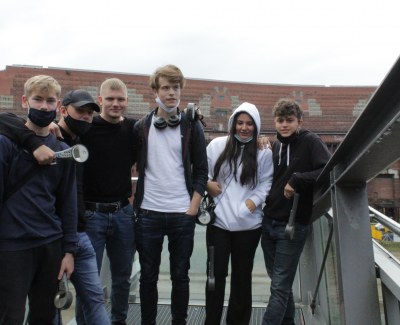 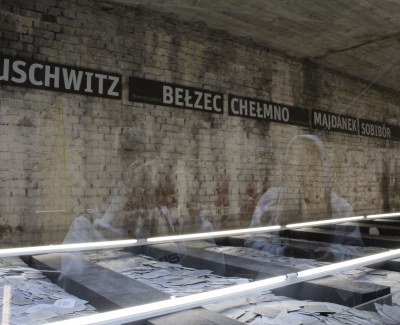 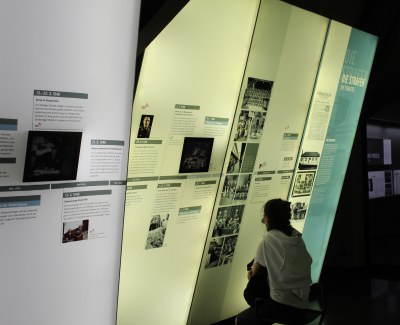 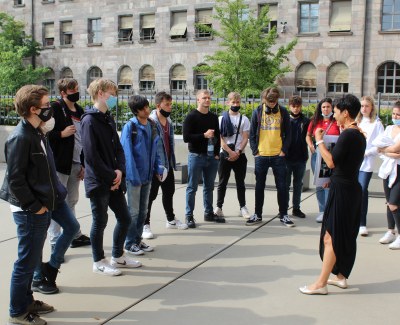