Climathon at our school

Almost 30 students from grades 7 to 12 worked in teams on two environmental challenges as part of World Clean-Up Day 2021. On the one hand, BUND raised the question of mobility in the future and referred to the problem of the many parent cabs, especially in primary schools. Secondly, the young people discussed the large amount of packaging waste lying around in Berlin's streets and parks.

In addition, the students received an introduction to design thinking methods, which had been designed for the format of the Young Climathon by the European institution Climate-Kic. In summary, the complex system of polluters, context and impacts had to be transferred into a "treasure map" before the crew of "stakeholders" was selected to sail towards the saving solution island. Finally, only the sails had to be set into the trend wind and the anchors released.

After many hours of post-it sticking and discussion, the students presented their ideas for the future. For the mobility challenge, these ranged from senate-funded bike rentals at schools, school bike lanes to elementary school buses. The waste problem was answered by visions ranging from deposit systems for packaging and old clothes, to a shopping app for unpackaging stores, to waste-collecting robots. Now the task is to develop these ideas further!

The event took place in the new Makerspace and was supported by volunteer teaching staff, a speaker from Climate-Kic and the Makerspace manager André Timm. 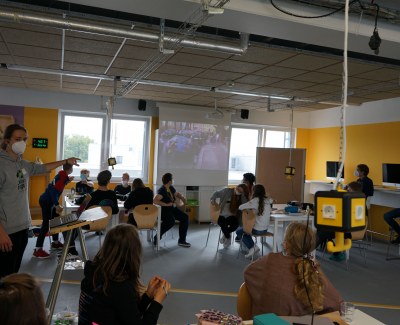 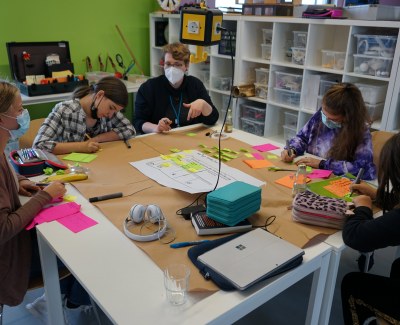 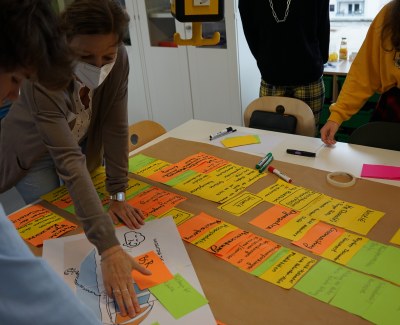